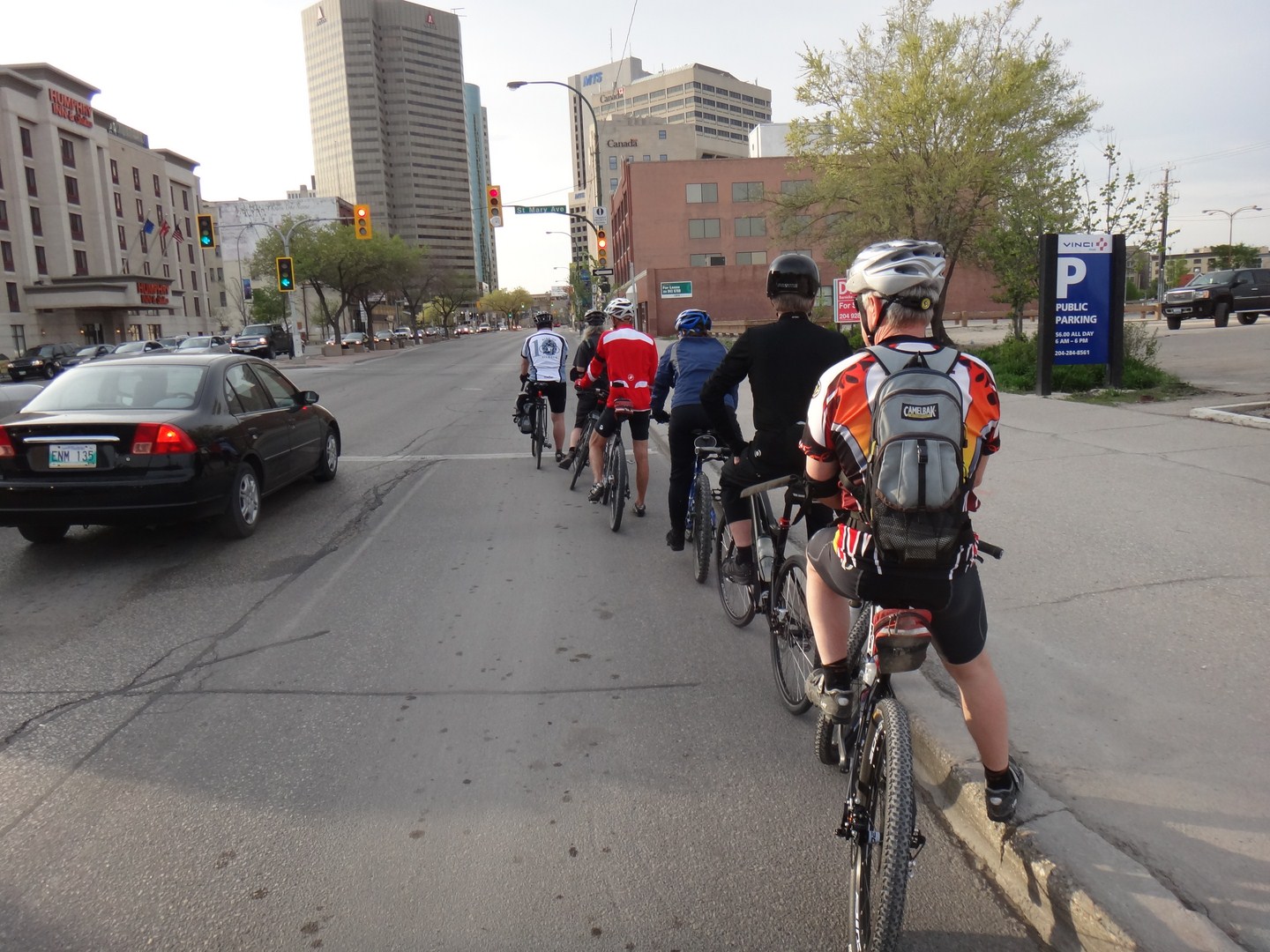 The Manitoba Public Utilities Board has refused Bike Winnipeg’s application for joint intervention with the Manitoba Consumers’ Association of Canada at the MPI hearing.

Working with pro bono lawyer James Benson, a small group of Bike Winnipeg volunteers put a lot of time into preparing for the MPI hearing, which the PUB had indicated would include a significant focus on promoting safety on Manitoba roads.

We initially proposed participating as full interveners and introducing expert testimony on safe driving near cyclists and on communicating effectively with the driving public. MPI objected to allowing us to participate as full interveners, and the PUB rejected our application, suggesting we could collaborate with one of the other interveners.

We worked with the Manitoba Consumers’ Association of Canada (CAC MB) to be joint intervenors with them, MPI objected again, and PUB released a decision yesterday denying our application.

Bike Winnipeg wanted our lawyer to represent us at the portion of the hearing which covered road safety programs, present our final argument after all the evidence has been heard, and be compensated for this work as are the other lawyers at the hearing.  That is what has been denied.  We can make public presentations at the start of the hearing, like we did last year, but that’s all.

We see this as a sign of the PUB backing off in its demands for more effective road safety programs.  MPI argues that ““Road safety, as a general issue, has a marginal impact on the rates set by the Board….”.  We believe that is because their multi-million dollar road safety programs are ineffective. MPI says on the record that their ads are successful if they create the perception to the public that they are encouraging road safety. BW proposed to bring in expertise to show how effective advertisers use communications to successfully change behaviour, but that was deemed by the PUB to be “too narrow”.

Bottom line; Cyclists (and pedestrians) are getting killed and injured on our roads. BW has to find a different way to increase provincial agencies’ accountability on road safety.