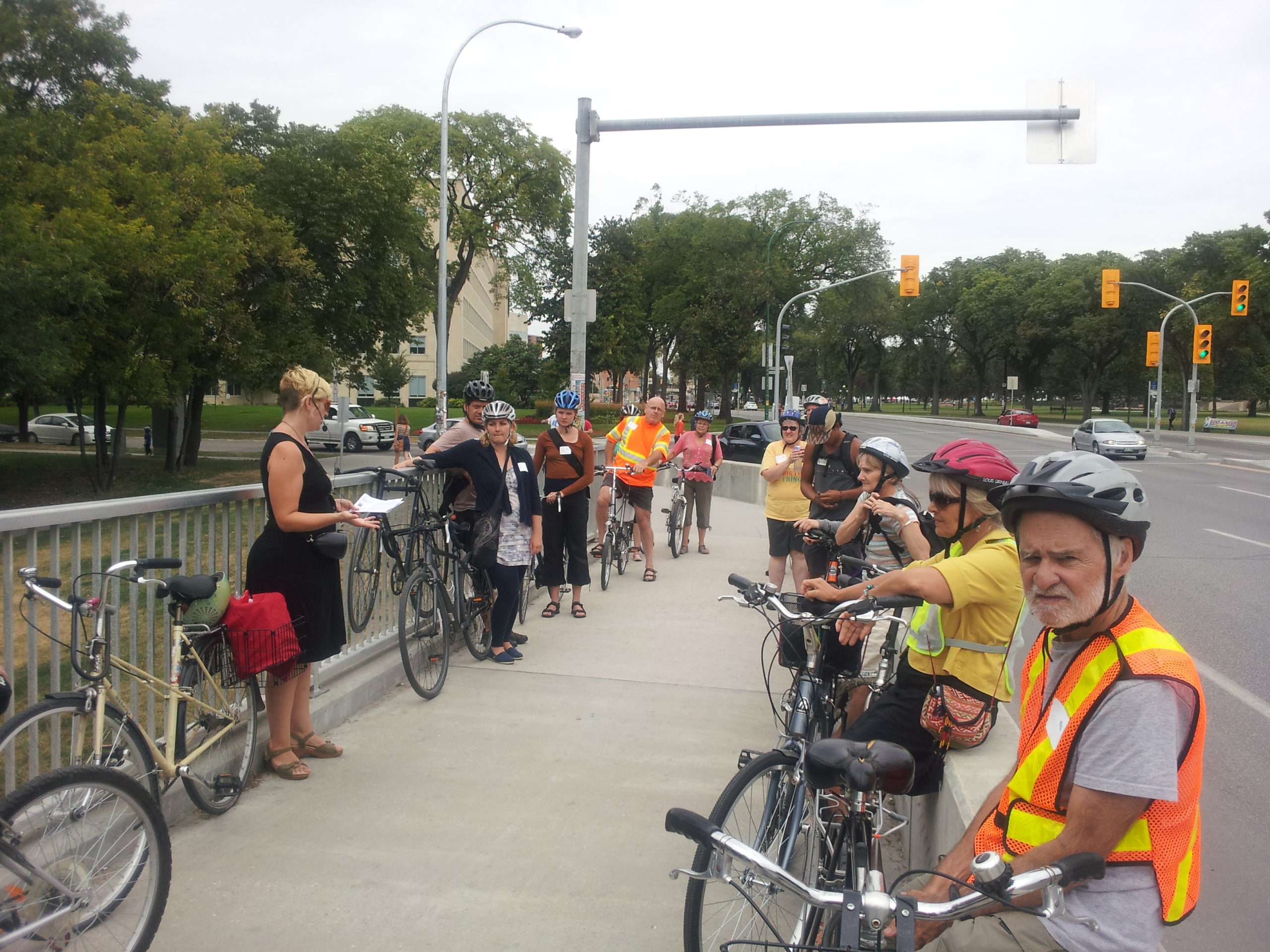 Bike Winnipeg shares the concern expressed by many in Winnipeg’s cycling community that a proposed amendment to the City of Winnipeg’s traffic by-law 1573/77 seeking to include cyclists within the scope of the city’s parade permit process could inadvertently capture any group ride of 10 or more cyclists.

We recognize that there is a need to amend the current definition of a parade, so that bicycle groups wishing to operate in a parade fashion with a police escort, contrary to the HTA rules regarding bicycle operation (i.e. riding side-by-side, occupying an entire roadway/s, disregarding traffic control devices, obstructing traffic) will be eligible to apply for a parade permit.  An additional benefit of the parade permit is that it provides event organizer(s) and participants with coverage under the City of Winnipeg General Liability Insurance Policy.

Unfortunately, the language of the proposed amendment appears to be overly broad and we are concerned that it unintentionally captures group rides, club rides, or public tours that include 10 or more cyclists in the definition of a parade.

Bike Winnipeg will be appearing in delegation before the City of Winnipeg’s Executive Policy Committee on Wednesday September 18th, where we will be asking to get the traffic bylaw matter referred back to  the Standing Policy Committee on Protection and Community Services with a recommendation that the Legal Services Department be asked to redraft the amendment so that it will only apply to actual parades.