Setting the Stage for the 2014 City of Winnipeg Budget 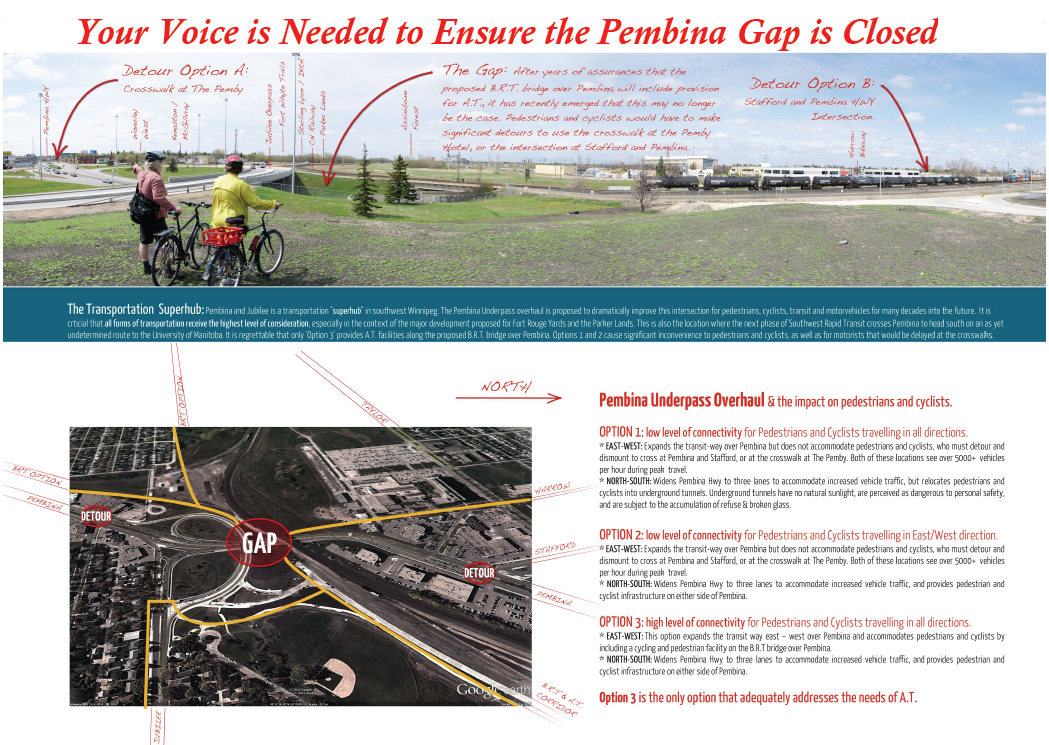 As we get closer to 2014, planning for the 2014 City of Winnipeg budget is well under way. Bike Winnipeg continues to advocate for an increased emphasis on cycling infrastructure and programming in the city’s capital and operational budgets, and hopes that our written submission to the 2014 City of Winnipeg budget consultation process will be taken to heart as the budgets are finalized in the coming months.

Rehabilitation of the Pembina Underpass should completed along with phase II of the southwest rapid transit corridor.by 2016.

Bike Winnipeg has made a written submission to the City of Winnipeg’s 2014 Budget Consultation process.  Among other things, we call on the city to re-prioritize the rehabilitation of the Pembina Underpass so that it can be completed in line with the schedule for the second phase of the Southwest Rapid Transit Corridor, which has a scheduled completion date of 2016.

We would like to see the city substantially increase the human resources it dedicates to planning so that it can properly oversee the implementation of its pedestrians and cycling strategies, and commit to substantial public consultation to ensure decision making is transparent. Expenditures in planning yield substantial savings over the long term by taking advantage of opportunities to incorporate required AT facilities within the scope of ongoing maintenance and development projects that are currently being missed.

Other recommendations include a request that the city encourage people to get out of their cars by funding a community based travel marketing program, something that is successfully piloted in Winnipeg by the Green action Centre between 2007 and 2009, yet never followed up on. 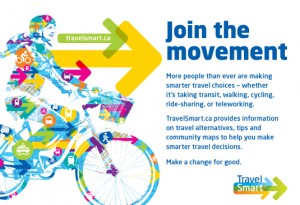 Community based travel marketing programs such as Translink’s TravelSmart program encourage people to get out of their cars an onto their bikes.

Finally, we have also asked for the city to live up to its commitment from the 2011 Transportation Master Plan that “AT networks to be planned, designed, implemented and maintained to address year-round access” by properly funding and prioritizing snow and ice removal on Winnipeg’s bicycle network.