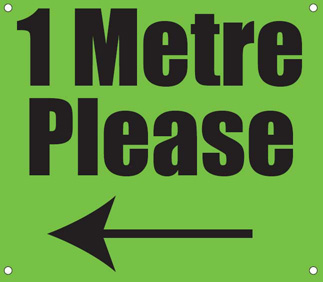 It doesn’t feel like bicycling weather now, but in a few months, thousands of cyclists will take to Winnipeg streets and resume the annual jostling between bicycles and vehicles.

In a recent decision, the Public Utilities Board recommended Manitoba Public Insurance “reinforce” the message of a one-metre passing distance between motor vehicles and cyclists.

The PUB also wants MPI to conduct detailed research, including mapping, of collision history in the province to present at a hearing expected later this year.

“It is good to see the order for mapping of pedestrian and cycling collisions, but it’s disappointing to see that many items have been left as recommendations, not orders,” Bike Winnipeg executive director Mark Cohoe said.

“Personally, I had hoped for more, however, I am not terribly surprised,” added Winnipeg CAN-Bike safety instructor Dave Elmore. “It moves some of our arguments a bit further, but not much.

“The question is what does reinforce mean? MPI’s reluctance to push this safety measure comes from the fact it is not a requirement of the Highway Traffic Act and thus not really enforceable.”

Elmore appeared on behalf of Bike Winnipeg, a cycling advocacy group, at the PUB. He argued in order to make city streets safer, MPI should improve its messaging and driver training to emphasize a safer passing distance of one metre between a cyclist and a motor vehicle, and this distance should be increased for speeds greater than 50 km/h.

Elmore also told the PUB it is not sufficient for a motor vehicle and cyclist to share a lane, given the standard width of a lane, adding the term “share the road” is often misinterpreted by motorists as sharing the lane.

MPI has said it has met with cyclist groups to update the information it gives to the public about cycling safetyin brochures and on its website.

The PUB also wants the province to consider a meeting to review whether MPI is doing and spending enough to promote road safety.

MPI CEO and president Marilyn McLaren said the corporation will continue to work to fulfil its road-safety mandate.

“It is not immediately clear what more could be learned through a significantly larger investment in research and analysis about Manitoba vehicle collisions,” she said.

“Road-safety programming efficacy is a priority across the globe and we will continue to work with Manitobans to reduce risk on our roadways.”

Elmore said because the PUB has no jurisdiction over the province, a future meeting “is likely to fall upon what we have found, to date, to be deaf ears.”

Cohoe said research in other jurisdictions has shown many collisions go unreported and more has to be done between MPI, health authorities and police departments and the public to capture those unreported collisions.

“This is especially true for collisions involving cyclists as no one agency has the mandate to capture all collisions,” he said.

Republished from the Winnipeg Free Press print edition January 2, 2014 A8

You can view the full PUB order here.