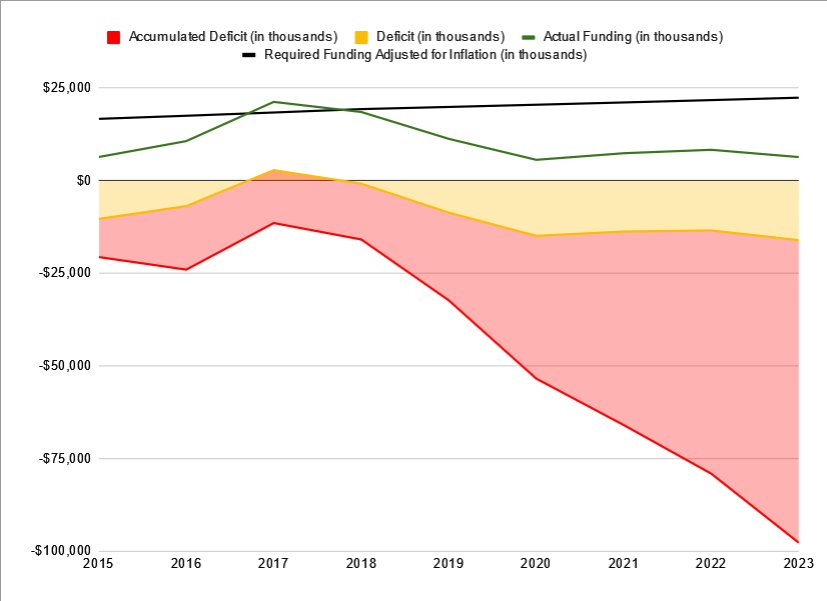 On Tuesday, October 12th, Councillors Matt Allard and Cindy Gilroy will put forward three budget motions at the city’s Infrastructure Renewals and Public Works Committee that, if passed, would greatly accelerate the development of Winnipeg’s cycling network. These motions acknowledge the urgency of the climate crisis, and provide measures to start reducing the 50% of greenhouse gas emissions generated by transportation in Winnipeg by accelerating development of the city’s Pedestrian and Cycling networks. Passage of these motions would:

Councillors Allard and Gilroy need our support to get these AT-friendly budget motions passed.

Please help get these motions passed by:

Background on the Need for these Budget Motions

Winnipeg’s Climate Action Plan: Planning for Climate Change, Acting for People received unanimous support from Council on September 20, 2018, was changed this year to increase targets to match national targets, so Councillors are committed to reducing our community greenhouse gas emissions. That commitment to take action on climate change needs to be matched in the budget, but current budget projections fall far short of that commitment.

Funding for Pedestrian and Cycling Improvements have Collapsed Since 2018

At this level of funding, there is no hope of completing even a bare bones network of walking and cycling facilities in the 20 year horizon anticipated in the city’s Pedestrian and Cycling Strategies (passed in 2015). It will prevent the City from achieving significant mode share change by 2030, despite the city’s Climate Action Plan, which calls for the city to accelerate funding for pedestrian and cycling improvements.

Investments in Walking and Cycling will Drive Latent Demand

Winnipeggers have shown a long standing desire to ride their bikes more often, but a disconnected and incomplete cycling network discourages them.

A 2018 poll conducted for Bike Winnipeg and CAA Manitoba showed that while 21% of respondents cycled on a regular basis (daily to a few times a week) in 2018, fully 45% would cycle on a regular basis if they were provided with a cycling network that was safe, comfortable, and connected! When asked what might encourage them to ride more often, the most common response was; protected bike lanes along major routes.

Make Inclusion of Walking and Cycling Improvements Default, not the Exception in Street Renewal Projects

While cuts to the annual Pedestrian and Cycling Program budget have constituted a large part of the city’s AT deficit, failure to include improved walking and cycling facilities as part of local and regional road renewal projects has contributed to the lack of progress.

Improvements to pedestrian and cycling facilities are increasingly not included in road renewal projects, even if they are part of the planned walk/bike networks or would provide obvious connectivity improvements. The criteria required for inclusion of walk/bike improvements in a road renewals project have grown more and more strenuous since 2019.

Including improvements to pedestrian and cycling facilities as part or new or renewal road projects provides a number of benefits:

Updating criteria for inclusion of walking and cycling improvements within the road renewals budget could provide a major and much needed boost to the city’s Pedestrian and Cycling Program. We believe that:

With transportation accounting for over 50% of Winnipeg’s community greenhouse gas emissions, the recommendation in the climate action plan to reduce the share of trips made by single occupant vehicles to 50% of all personal trips made by 2030 should act as a goal to drive budget decisions toward choices that favour spending on sustainable transportation above those that favour the status quo. Those targets  should require planners and city administrators to justify budgets for roadway construction and renewals and show how each planned project will help reduce our emissions rather than  increase emissions by inducing increased traffic.

2030 Targets are a Starting Point, Not an End Point

Motions on the October 12th Agenda

THEREFORE BE IT RESOLVED that new active transportation funding equal to 10% of the projected total road construction budget be referred to the 2022 Budget Review Process and the six-year capital forecast.

Item No. 20 – Including Active Transportation Criteria in the Road Renewal Budget

THERFORE BE IT RESOLVED THAT criteria be added to the road renewal budget to include active transportation projects as part of road renewals in order to provide a new funding source, where appropriate.

THEREFORE BE IT RESOLVED THAT the Transportation Master Plan be updated to include a plan to achieve 50% mode shift by 2030 as approved in the Winnipeg Climate Action Plan, and include a comparison between the climate impact of induced demand for transit and active transportation relative to community and corporate greenhouse gas emissions.

Full text of these motions, as well as the full agenda for the October 12th meeting of the Infrastructure Renewal and Public Works Committee can be found here (City of Winnipeg).