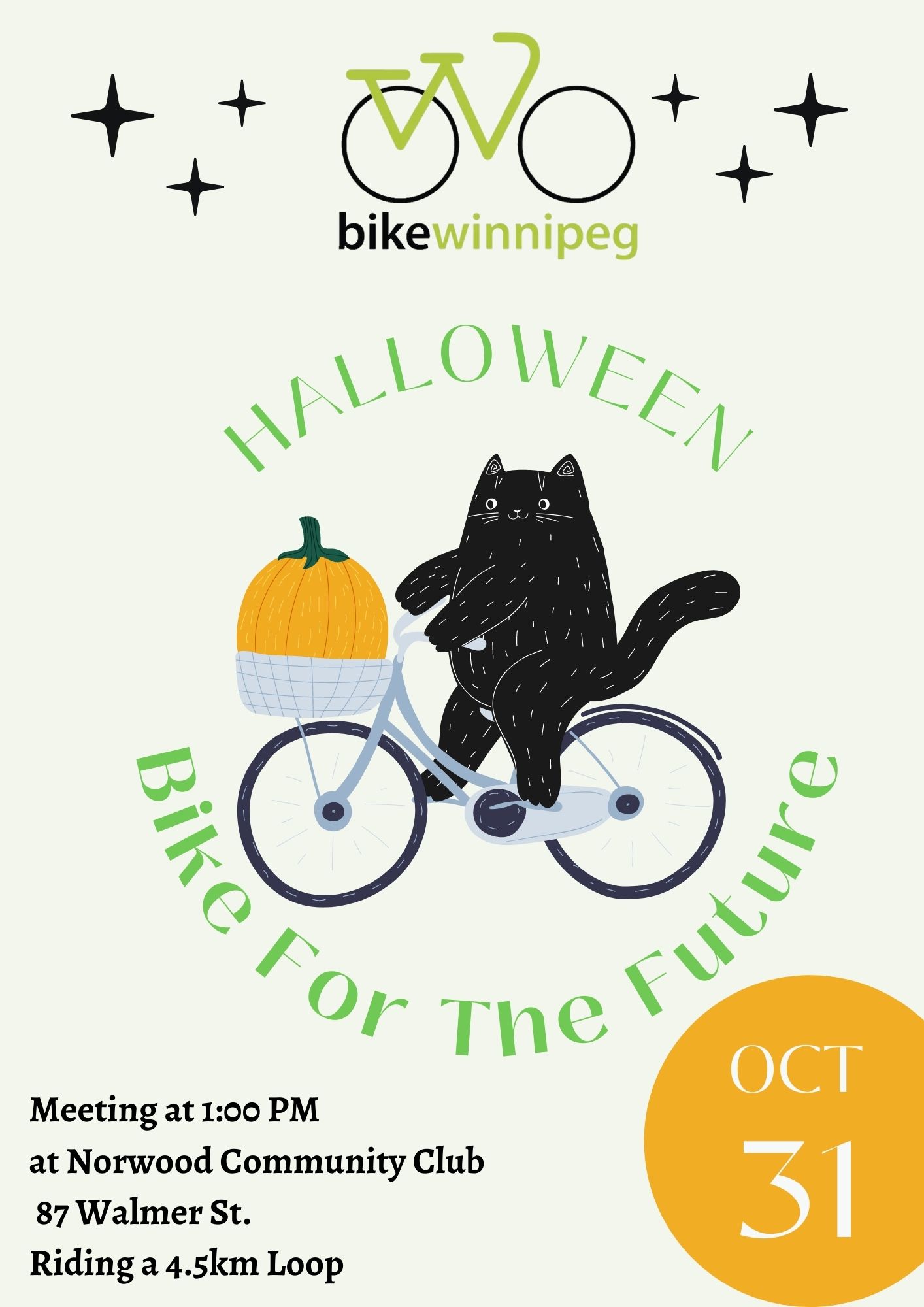 You are invited to the fourth ride in our Bike for the Future series!

Bike for the Future rides are designed with riders of all types in mind.

The ride is 4.5 km long, and will mostly be along Open Streets (Lyndale and Youville) and the Eugenie neighbourhood greenway.

We had lots of positive feedback from the public and folks down at city hall after our first three rides. We are going to continue to focus on the positive changes that are being implemented by the public service including the Open Streets in St. Boniface and the 30kmh Eugenie neighbourhood greenway.

About Bike for the Future