The final round of public engagement for the Chief Peguis Trail Extension West project is planned for November 2017, which includes another series of land owner and stakeholder meetings, as well as final public information session which will include a viewing of a video simulation of the proposed route. The purpose of this round of engagement is to present the final recommended design and seek comments from the public and stakeholders. 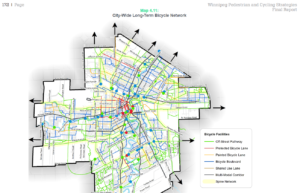 Critical north/south cycling routes such as the NW Hydro Corridor spine and Winnipeg Beach Rail with Trail pathway need to be connected across the Cheif Peguis Extension with pedestrian & bicycle bridges.

We concerned that current plans lack proper grade separations for: 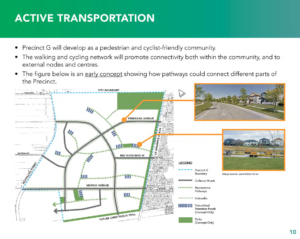 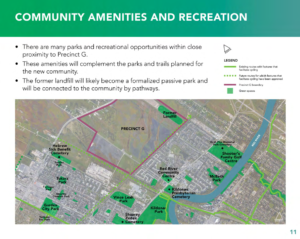 In addition, we would like to see construction of the Winnipeg Beach Rail with Trail pathway between Templeton and Murray Road included as part of this project.