Connections to Riel in St. Vital 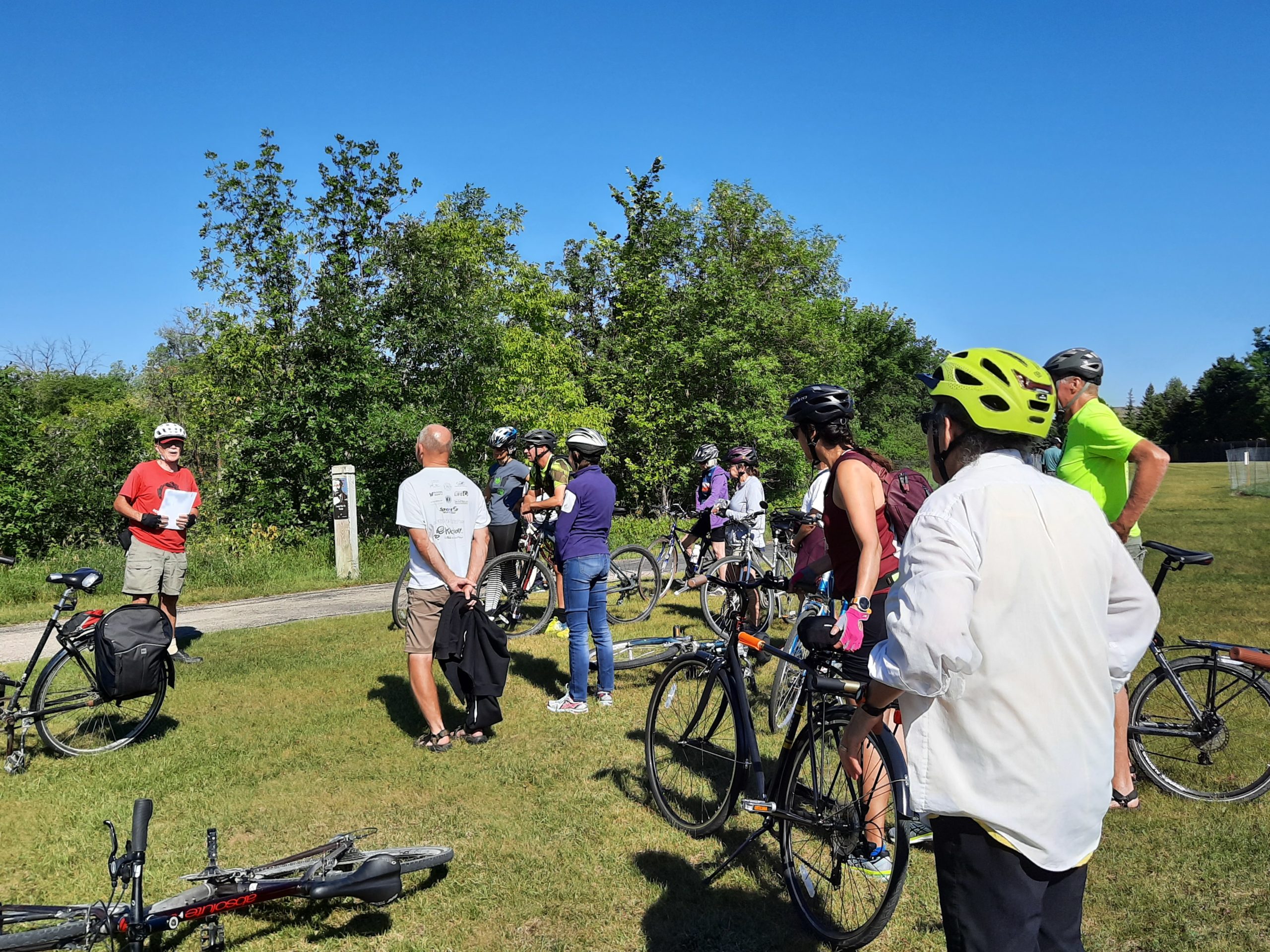 Few people think about St. Vital as a place that is connected in many ways to Louis Riel.

The idea behind the Connections to Riel in St. Vital tour is to create a greater awareness of the important role St. Vital played in Louis Riel’s life and introduce the many connections to Riel and his immediate family that exist in St. Vital. It has been a journey of discovery, often on my bicycle, for me to learn about these connections and I am hoping to convey insights that I have acquired to others. The tour consists of nine sites near the Seine River between Bishop Grandin and John Bruce Road, and 4 sites away from the Seine River including Riel House National Historic Site.  Because of the long distance between some of the sites, we decided to offer a bike tour as a walking tour would take too long.

Why so many connections to Riel in St. Vital?

What few people realize is that Louis Riel spent a significant portion of his youth living in St. Vital.  His parents moved to St. Vital from St. Boniface in 1852 when he was 7 years old. He lived on the banks of the Seine River in St. Vital with his parents for seven formative years from age 7 to 14. At age 14 he went to Montreal on a scholarship to attend a seminary where he trained to be a priest and received a classic upper school education.  He returned to Manitoba in 1866 rejoining his family in St. Vital. While he was leading the Red River Resistance in 1869/70, he continued to live with his family near the Seine River in St.Vital.

His parents continued living in St. Vital for the remainder of their lives, Many of his 10 brothers and sisters settled down in St. Vital, As we will discover on this tour, the St. Vital connections to Riel involve not only Louis but also his parents and other family members

The values, beliefs, and leadership qualities that Louis exhibited in his later years were acquired during his youth, from his parents, his Catholic religion and the Franco / Metis culture he belonged to.

As well, participants will

Away from Seine River