Postponed – Get Ready to Ride & Bike for the Future 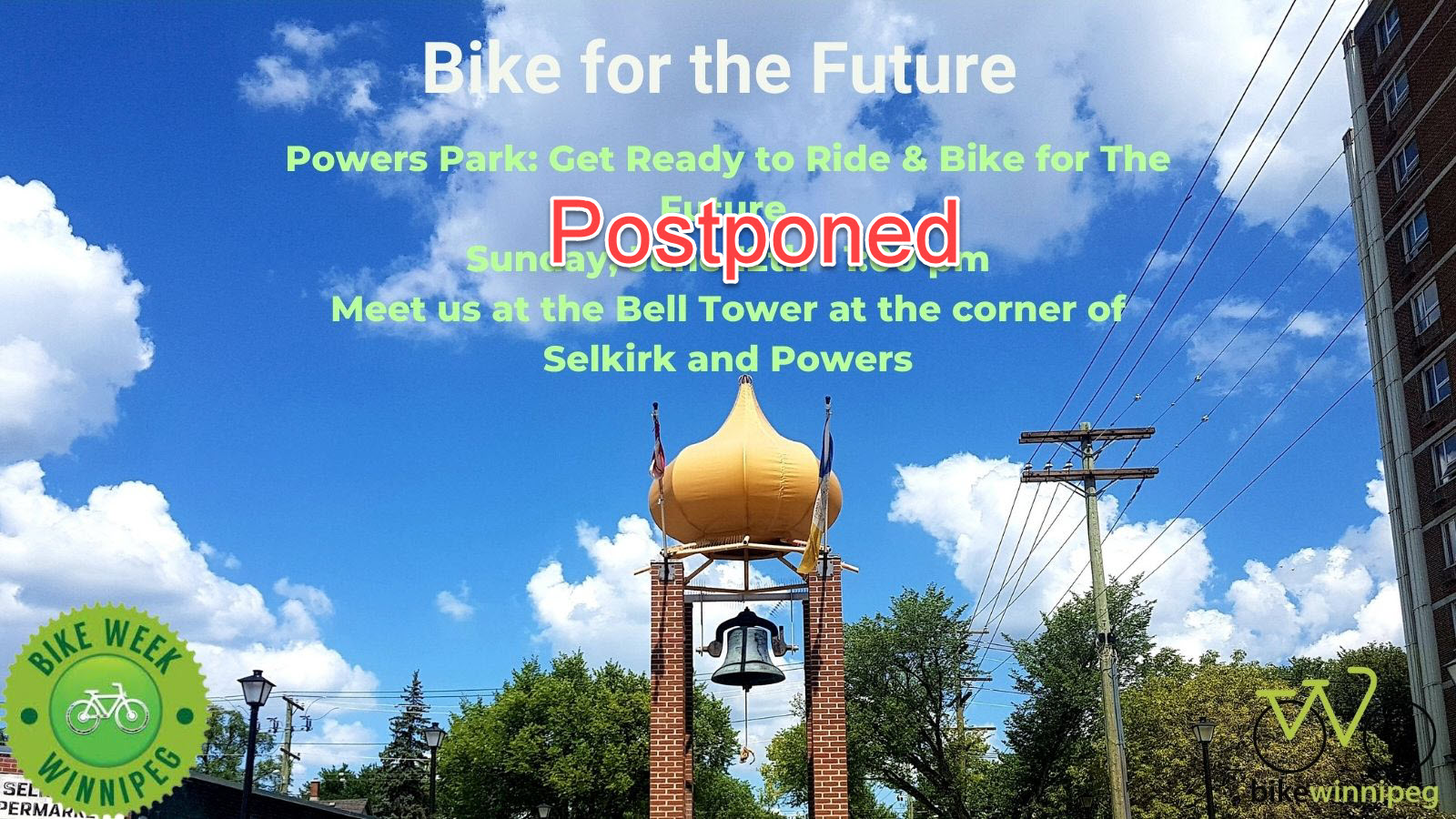 Powers Park: Get Ready to Ride & Bike for The Future

As part of the Get Ready to Ride event there will be a Bike to the Future Ride presented by Bike Winnipeg. This will be an easy peasy, no drop ride leaving from Powers Park, touring some of the better streets for riding your bike and then back to Powers Park.

Where: The Bell Tower on Selkirk at Powers. https://goo.gl/maps/uJarUwLACbeJo5Df8

We are in the midst of a climate emergency. Extreme weather events are happening more frequently. Locally we have been suffering through drought which has had an extremely negative impact on farmers and will inevitably raise the cost of putting food on our tables. Air quality warnings became common place in the summer of 2021 as fires raged in northern Manitoba and Ontario. Every day when we turn on our radios and TV’s and hear and see how our global neighbours are suffering from a host of extreme weather events being amplified by anthropogenic climate change. We have had enough foot dragging by all levels of government. They have a responsibility to make walking and riding a bike the easiest way to get around within and between our urban neighbourhoods.