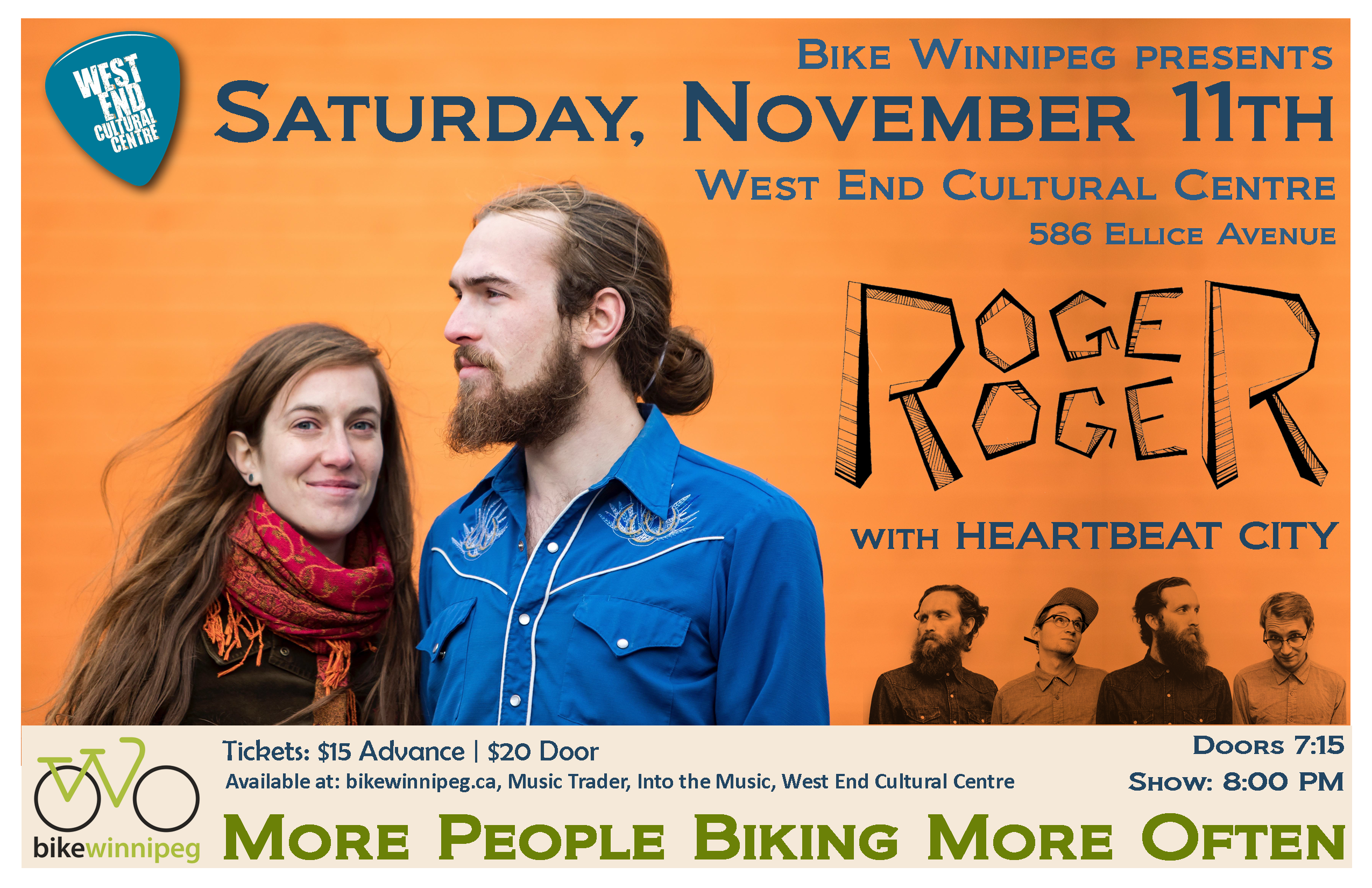 On Saturday, November 11th, Winnipeg folk/roots duo Roger Roger will share their unique combination of exquisite storytelling and shameless sibling harmonies in a fundraising concert supporting Bike Winnipeg. Proceeds from the performance go to Bike Winnipeg to help advance our ongoing advocacy efforts to provide people on bikes with safe, comfortable and convenient ways to get around our city. Indie-folk-rock band Heartbeat City get the night rolling with their blend of deeply personal lyrics and infectious melodies.

In addition to being treated to two of Winnipeg’s premier musical artists, concert goers will also have the opportunity to learn about and comment on Bike Winnipeg’s ongoing advocacy work, including:

Roger Roger is a sibling folk/roots group from Winnipeg, Canada. Twins Lucas and Madeleine Roger are both singer-songwriters who have joined forces, each playing guitar and shamelessly harmonizing all over each others’ songs. The offspring of producer/engineer/musician Lloyd Peterson, the twins have a knack for songwriting that must have something to do with growing up in a recording studio. At times melodic and quirky, lusty and rambunctious, soft and honest, Roger Roger is easily remembered for the blend of their vocals, their genuine vibe, and compelling storytelling. As a special treat for us, Roger Roger will be performing with a full band for this show!