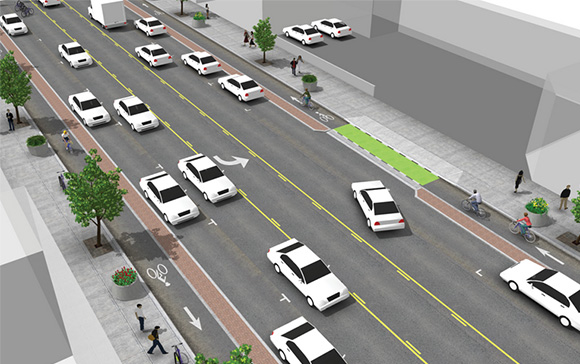 The second open house for the Polo Park Infrastructure Improvements project will take place in the Center Court of the Polo Park Shopping Centre on Thursday May 8th. A detailed design has been completed and a construction staging plan developed. We are concerned that the plans moving forward fail to address thy city’s vision to ensure that walking and cycling are safe, convenient, practical, and attractive transportation choices for people of all ages and abilities.

Construction is scheduled to begin in late May 2014 with watermain renewal and sewer works. Road construction will follow. Utility work may begin before construction in the project area.

Read our blog post on the need to include protected bicycle lanes along St. Mathews as part of the Polo Park Infrastructure Improvements here.