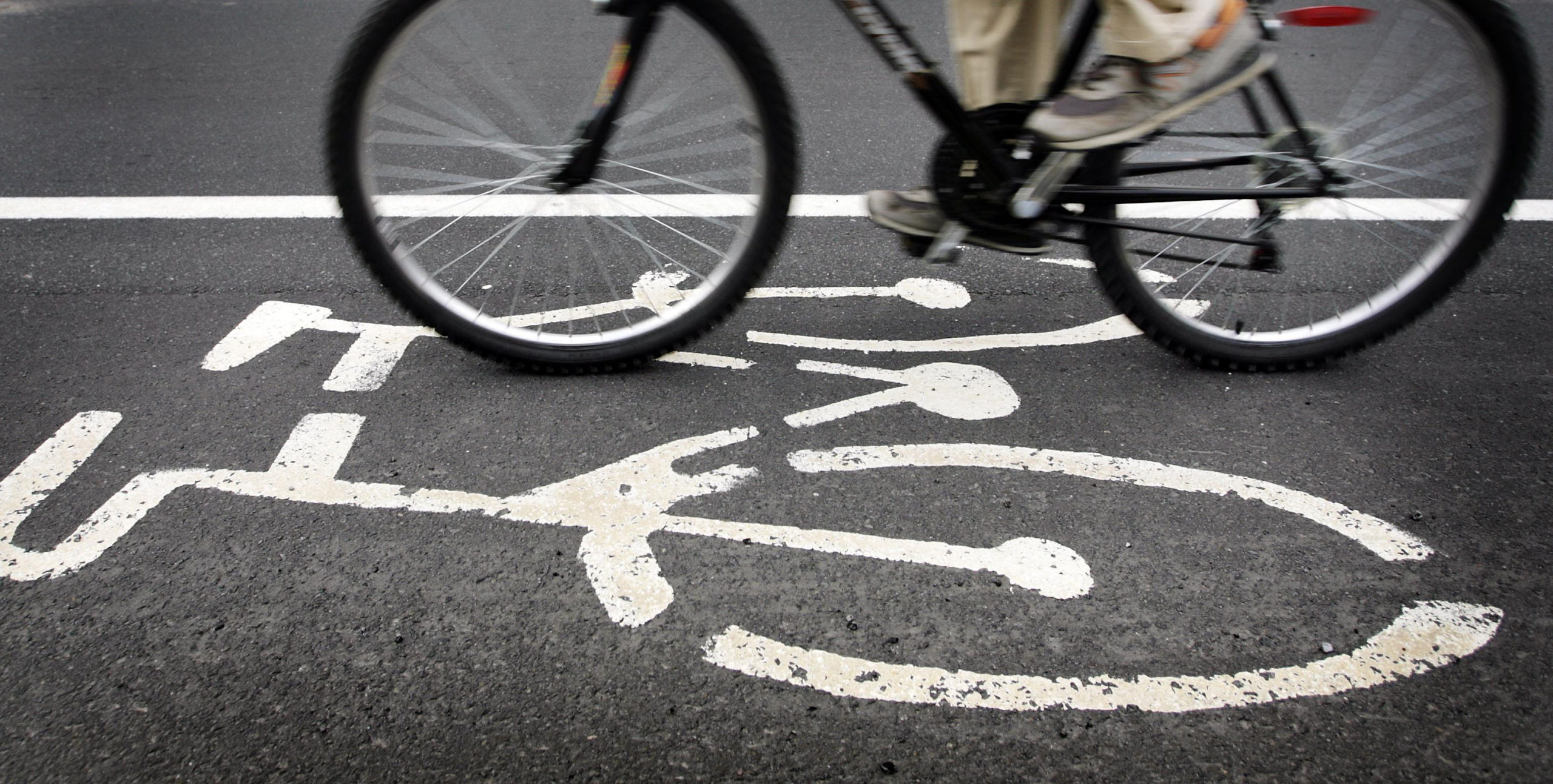 We are an inclusive group of people and organizations working to make cycling in Winnipeg a safe, enjoyable, accessible, and convenient transportation choice year round.

We envision a city where every road is safe for cycling, all bike paths are connected, and riding a bike is commonplace and always fun.

The Bike Winnipeg board is selected by election at the Annual General Meeting held in the spring each year.

Current Board of Directors

Clayton Rudy (he/him), B.A.Sc. in Civil Engineering, P.Eng., VMA, PTOE, RSP2, works as a transportation engineer specializing in transportation planning, design, and safety, and in this capacity also volunteers on several technical committees of the Transportation Association of Canada which is responsible for publishing national guidelines for cycling infrastructure.

Clayton was an active volunteer with Engineers Without Borders and with Cycle Toronto before moving to Winnipeg where he has volunteered on Bike Winnipeg’s board and for other community organizations since 2018.

He has lived and commuter-cycled year-round in Saskatoon, Edmonton, Toronto, St. John’s, and now Winnipeg. In his spare time, Clayton is a hobby musician and bike camper.

Misty moved to Winnipeg in 1997 to work for the Pan American Games and didn’t plan to stay, but here she is.

She joined Bike Winnipeg’s board in 2017 and quickly began serving the Board as Secretary and then as Treasurer.  Misty is a commuter and recreational bike rider nearly all year.  She’s interested in making cycling as safe and accessible as possible.

In her spare time, she is a prolific knitter, enthusiastic-but-somewhat inept gardener and devoted aunt to seven nieces and nephews.  She has official Silly and Fun Aunt status.

Julia Schroeder (she/her), B.A., B.Ed., PBDE, joined Bike Winnipeg’s board in 2019. She works full-time as a grade one teacher in Winnipeg, and is a passionate advocate for cycling, particularly as a means of year-round transportation. Julia has co-chaired the outreach committee since 2021. She has been volunteering with Bike Winnipeg since 2017, both as a ride marshal and with Bike Valet, and became a member of the outreach committee in 2018.

She brings her teaching, coaching, and volunteer experience to the board of directors. Outside of cycling and education, she is an avid environmentalist, gardener, hiker, reader, and a lifelong learner.

Benjamin Meek (he/him), B.Sc. (Hons), M.A., is an avid cyclist and a daily bicycle commuter who works as a Research Coordinator at the University of Manitoba. Ben and his family have always been passionate about cycling and regularly turn to the bike as their primary means of transportation. With Bike Winnipeg, Ben hopes to encourage wider adoption of cycling for both recreation and transportation by advocating for better cycling infrastructure, promoting ease and accessibility of use, and fostering a welcoming cycling community. Besides cycling, Ben loves soccer, hockey, board games, camping, canoeing, and disc golf.

Katheryn Loewen (she/her), B.A., works as a Sustainable Transportation Program Coordinator at Green Action Centre, working to make active and green transportation options both appealing and within reach to Manitobans.

After completing a degree in Music with a focus on Music Therapy, Katheryn spent time working as a bike mechanic in Winnipeg and later stepped into the world of active transportation advocacy and non-profit work while working with Bike Windsor Essex in Windsor, Ontario managing their community bike shop and leading programming in the community.

When she’s not fixing or riding bikes, she can be found playing the banjo and petting cats.

Adam Johnston (he/him). BA in Economics/Rhetoric & Communications from University of Winnipeg. Adam currently works as an Income tax preparer, and contributes as a freelance writer on climate policy related issues. Adam is currently working on completing his Climate Policy and Practices certificate from the University of Toronto. Adam had his work featured in the Manitoba Cooperator, and contributed a chapter on solar energy financing for the 2015 book Solar Energy: A Reference Handbook

Adam is an active volunteer for The United Way, Climate Reality Project, and Harvest Manitoba (formerly Winnipeg Harvest). He assisted in the local build up to the 2015 FIFA Women’s World Cup as a Street marketing volunteer.

Adam has been cycling as a commuter for several years, and supports making Winnipeg’s bike network accessible for everyone.

Steve Snyder (he/him) recently returned to Winnipeg after spending 5 years in Brisbane, QLD. While there, he learned that Winnipeg cyclists are lucky the land is so flat. He wants to see Winnipeg develop dense cycling networks that connect to more destinations.

Steve is an active volunteer in his community and currently works with children in CFS care.

If he’s not with his family or working one of his volunteer roles, you can usually find him at La Verendrye Bowling Lanes, either coaching or bowling.

Luke Lorentz (he/him), CPA, BA in Finance from Carleton University. Luke currently works as a Controller for a Canadian owned grain company. While living in Ottawa, Luke was an active member of the local Polish community and the club manager of the White Eagles Soccer Club.

In 2011, Luke and his now spouse, decided to spend a few years exploring the world. After returning to Canada, Winnipeg became home. Now living in Fort Garry, Luke is blessed with the large number of parks, greenways and cycling opportunities. His cycling commutes to and from work are one of his favorite times of the day.

Luke believes that Winnipeg has so much potential to further expand its cycling network, to make cycling more inclusive and to ensure all of the city residents are able to safely commute year-round throughout the city.

Robyn Dyck (she/her), B.Sc, M.Sc in Atmospheric Science from the University of Manitoba and works as a meteorologist with Environment and Climate Change Canada. She has been an avid bike rider (with and without engines) for as long as she can remember and supports making commuting by bike more sustainable for Winnipeggers. After many marathons resulted in many injuries, she switched to triathlons. She has a Specialized road bike used for racing and a very poorly kept commuter bike used most days in the summer and some winters. With her 2 year old toddler in tow, he now demands for ‘bike rides’ in his trailer and on-bike kiddo seat.

She has volunteered with Greenpeace Winnipeg, Cystic Fibrosis Winnipeg and been on the board of the Old Saint Boniface Residents’ association. She also enjoys riding motorcycles during Winnipeg’s short summers.

Corey Dyck (he/him), CPA, CA, is an accountant who resides in Winnipeg. He specializes in developing audit methodologies and policies for a mid-size professional services firm and has spent 10 years in the accounting/auditing industry including a 3 year work rotation in NYC.

Corey has previously served as treasurer of another Winnipeg not-for-profit organization. He also previously participated in an EarthWatch expedition in which he and a group of other volunteers used their business experience to help a group of organic farmers in Mexico City market their goods to local customers.

Corey believes that more connected bike networks and more bike infrastructure will increase the livability for all Winnipeggers and contribute to a better functioning planet. He enjoys biking for pleasure and for commuting and is a big fan of the Southwest Transit Corridor Bike Path. He and his partner love fostering dogs. He also enjoys playing hockey and soccer and enjoys a good craft beer or two.

Mark Cohoe (he/him), B.Sc., has been Executive Director of Bike Winnipeg since 2013 and was a founding board member in 2007. He has focused on the development of Winnipeg’s growing bike network and evolving bike culture. His position with Bike Winnipeg has allowed him to meet and chat with people from all parts of the city as they attempt to navigate the city by bike, and to experience the barriers to cycling that keep so many people off of their bikes. He also had the pleasure of leading groups of people across the city on bike to explore our city’s unique landscapes, history, art, and architecture. These experiences have inspired his firm belief that Winnipeg has the potential to be one of the world’s great cycling cities where every road is safe for cycling, all bike paths are connected, and riding a bike is normal and always fun!

After the intense focus on cycling in Winnipeg throughout the summer of 2006, a group of cyclists organized a forum entitled Bike to the Future held at the University of Winnipeg on September 20th, 2006. Over 100 cyclists came together to discuss their vision for cycling in Winnipeg and to share their ideas about what is needed to make cycling better and safer in our city.