Bike for the Future – Moving in St. Boniface 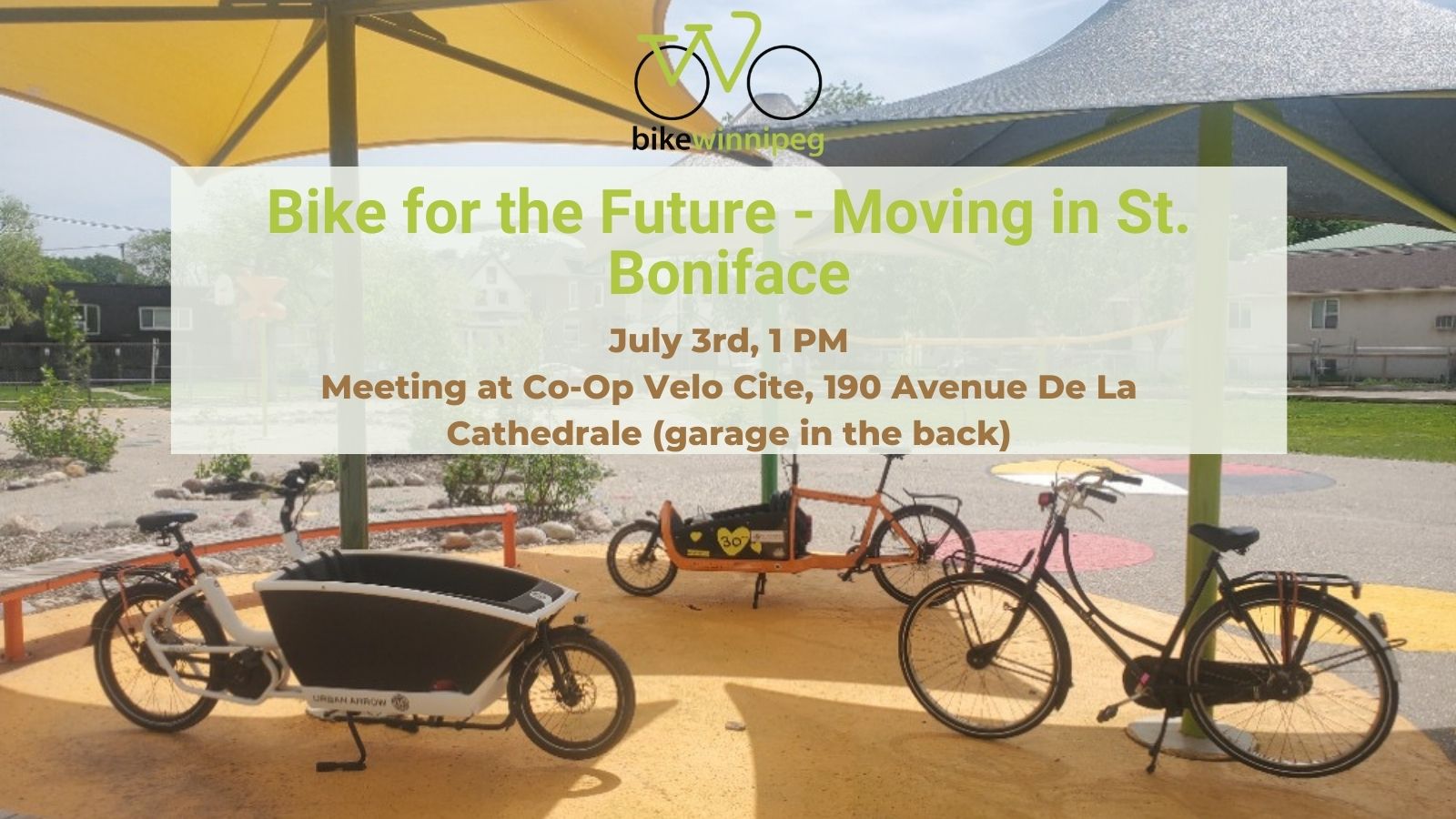 Presented by the Bike Winnipeg and Co-Op Velo Cite, this will be a comfortable ride for all ages and abilities leaving from the Co-Op Velo Cite garage we will be touring some of the better streets for riding your bike and highlighting upcoming projects in the area.

Where: Co-Op Velo Cite, 190 Avenue De La Cathedrale (garage in the back)

2) The city and province need to work out how to lower the default speed limit to 30 km/h immediately. City engineers can set higher speeds on collector and arterial routes where appropriate.

5) The city needs to look at solutions for areas that are difficult to cross. For example, when the Arlington bridge closes, the distance that someone living on the north or south side of those tracks needed to travel to get somewhere on either side could increase significantly. It would be reasonable to expect the city and the railway company to produce a new crossing or tunnel. Rivers also pose a significant barrier to walking and cycling: the city needs to look at adding more pedestrian and cycling bridges to make cycling between neighborhoods more efficient.