The Pedestrian and Cycling Strategies – a Framework for Transformation 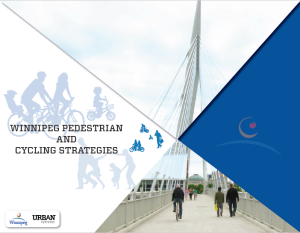 Winnipeg’s Pedestrian and Cycling Strategies, passed in July of 2015, provide a long term vision for walking and cycling in Winnipeg, supported by seven overarching goals and a series of key directions and actions meant to guide the development of the city’s walking and cycling networks over a 20 year span. The strategies were developed with broad participation of Winnipeg residents and stakeholders. In total, more than 3,000 people were heard from during the development of the strategies.

Cycling is Becoming Mainstream in Winnipeg

A recent poll conducted by Probe Research, Inc. for CAA Manitoba and Bike Winnipeg revealed that a solid 21 per cent of Winnipeggers polled said they are already cycling daily or a few times a week for transportation – the highest self-reported usage that Bike Winnipeg has seen to date. Clearly, cycling has become a mainstream activity in Winnipeg! 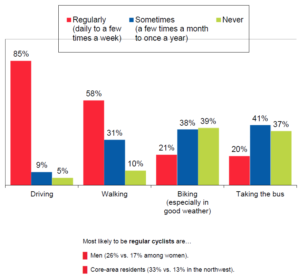 People are riding their bikes more than ever in Winnipeg

What’s more, the poll also showed that Winnipeggers have an appetite to bike even more often – if infrastructure conditions are right. Fully 45% of respondents indicated that given a safe cycling network with more bike paths, they’d ride their bikes daily or a few times a week in good weather. 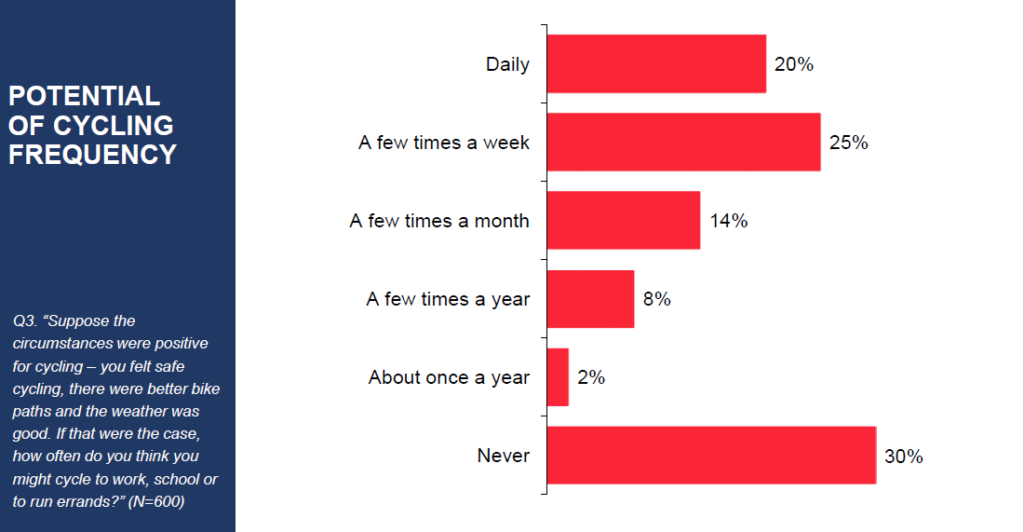 Given a safe. comfortable network to get them to their destinations, 35% of respondents said they would be encouraged to cycle daily or a few times a week.

When asked to consider and rank options that would get them moving, literally and figuratively, from an aspiring cyclist to an active user, one improvement quickly rose to the top of the list: more protected bike lanes on major routes. Additionally, in a related question, almost half (47 per cent) of respondents said building protected bike lanes downtown should be the city’s priority. 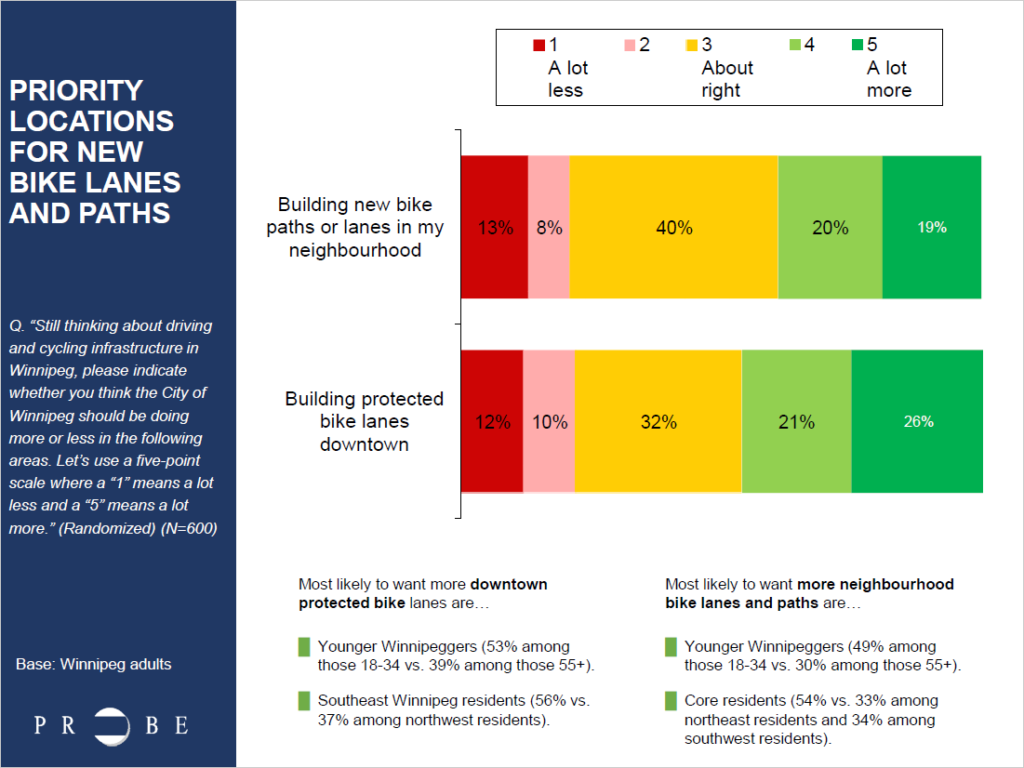