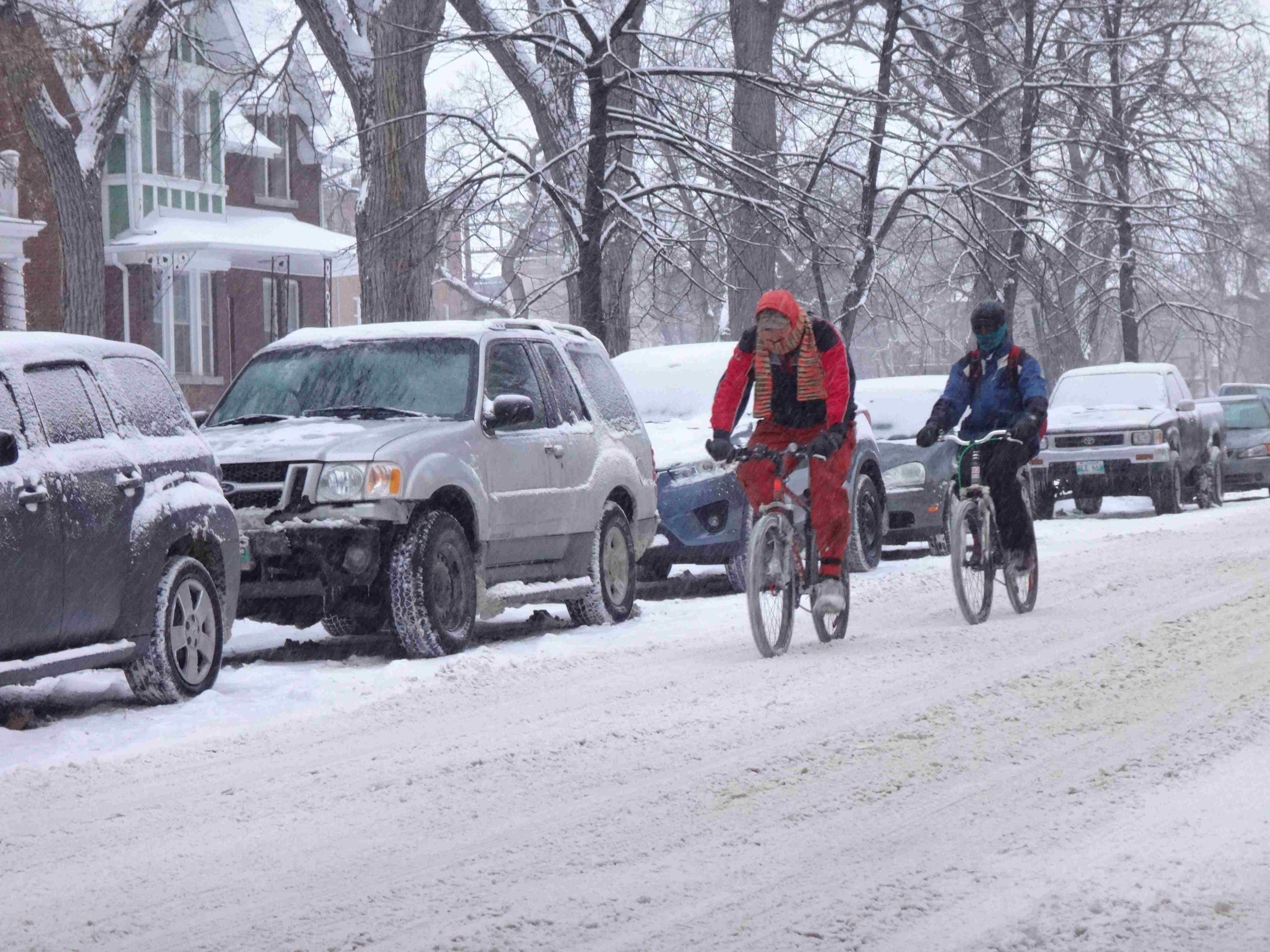 Bike Winnipeg has responded to Councillor Browaty telling him that, if it looks like most people who ride bikes in Winnipeg during the winter are hard core cyclists, this is a consequence of the lack of snow clearing on bike routes.  Many patches of ice and mounds of snow in critical places on the bike lanes create unsafe conditions for anyone but the strongest cyclist.

If Winnipeg’s bike routes were well maintained, more people could choose to travel by bike in the winter, in the same way that building a well separated bike lane attracts more ordinary people to travel by bike.