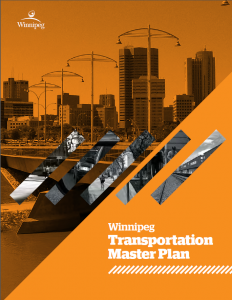 The Winnipeg Transportation Master Plan, adopted in 2011, calls for the creation of a Winnipeg Bicycle Strategy

Help Get the Bicycle Strategy back on track

City of Winnipeg Councillors Jenny Gerbasi and John Orlikow have put forward a motion asking that the City revisit its decision to cancel the bicycle and pedestrian strategies that will be heard at the public works committee meeting scheduled for September 10, 2013.  Bike Winnipeg will be presenting before this committee in arguing for the city to overturn its previous decision and restart the development of pedestrian and cycling strategies for the City of Winnipeg.

We ask that Bike Winnipeg members and all other concerned members of the public reach out to their city Councillors and demand that they City of Winnipeg immediately recommit to the creation of pedestrian and cycling strategies as recommended in the City of Winnipeg’s Transportation Master Plan, adopted in November 2011.

Contacting your Councillor can be as simple as picking up the phone, or sending en email, and if enough people speak up, we can change this unfortunate decision.

You can view a listing of current city Councillors and their contact information here.

Better yet, if you can spare some extra time, you can register to address the committee in person and present your views on the decision to cancel the contract that was awarded to create a comprehensive Active Transportation (AT) Strategy. If you can’t be there in person, you can also send in submissions.

We will be updating this page as we continue our efforts to restart the bicycle and pedestrian strategy process.  Please revisit this site for further resources and information to help you advocate for the creation of a Winnipeg bicycle strategy.

The Need for a Winnipeg Bicycle Strategy

The creation of a Winnipeg Bicycle Strategy would accomplish the following: 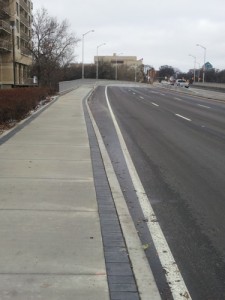 Lack of a Winnipeg Bicycle Strategy has led to disconnected, uncomfortable and unsafe cycling infrastructure throughout Winnipeg.