Providing neighbourhood connections to major destinations such as schools, recreation centres, parks, libraries and shopping is one of the goals of the city’s Pedestrian and Cycling Strategies (see Direction 1B – Action Item 10)[1].

Essentially, the Burrows Central-Shaughnessy Park-Tyndall Park Neighbourhood Greenway would follow a routing along Charter Dr, Marble Ave, Herman Ave, Tyndall Ave, Gilbert Ave, and Redwood Ave. Mixed traffic would remain on these roadways (with minimal traffic calming measures needed to keep traffic levels low), but crossings at major intersections like Keewatin and Burrows would be improved to improve safety and comfort levels, and some short segments of pathway would be added (or upgraded) to connect the chosen route. 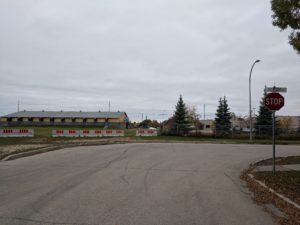 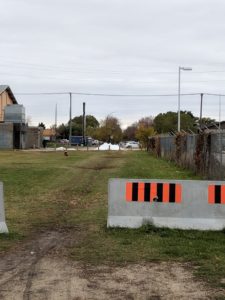 A pathway from Dorset Ave to Keewatin St combined with installation of a traffic signal at Keewatin St would provide access between Shaughnessy Park and areas west of Keewatin St.

Key destinations along the route we are proposing would include: 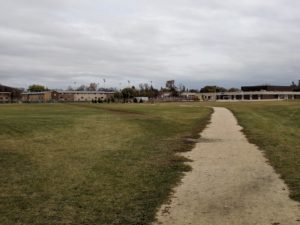 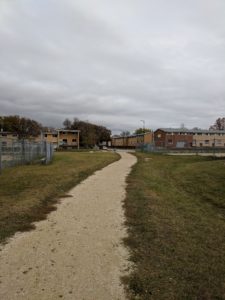 Easy access to the following destinations would also be provided:

The proposed Burrows Central-Shaughnessy Park-Tyndall Park Neighbourhood Greenway compliments bicycle network improvements currently underway on the following projects (all of which should be completed within the next 5 years):

The section connecting Gilbert Avenue to Redwood Avenue will be the most challenging part of the bikeway to develop (crossings of Burrows Avenue, the CPR Arborg Line, and Sheppard St), but alternatives to a direct route exist and can be considered as part of the design.

East of the CPR Arborg Rail Line, the Burrows Central-Shaughnessy Park-Tyndall Park Neighbourhood Greenway would replace Burrows Avenue in the planned bike network, as the feasibility of converting Burrows Avenue into a neighbourhood greenway (or adding bike lanes) between Keewatin and Main Street is untenable (limited right of way and lane widths, mature trees on a narrow median, high demand for parking, high volumes of traffic). 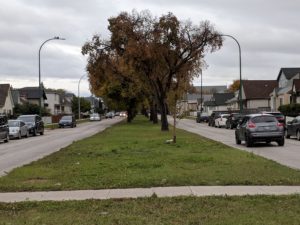 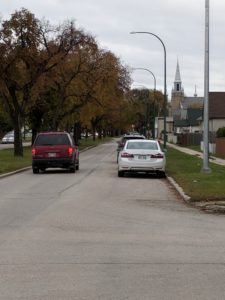 Together with a pathway on the south side of Selkirk Avenue between Keewatin St and McPhillips St it would also replace the Manitoba Avenue Neighbourhood Greenway as it would provide better connectivity to destinations, better crossings, and fits in better with the desired mesh width of the cycling network.

We would like to see candidates commit to including a corridor study for this route in the 2019 or 2020 Pedestrian and Cycling Program Action Plan, with construction to follow in 2021 and 2022.

Full cost of studies plus improvements would likely be around $3 million.