The lack of connectivity between the Fort Garry Campus and St. Vital was the subject of a 2012/2013 study commissioned by the city to look into potential locations for a walking/biking crossing of the Red River linking St. Vital to the U of M. The study looked at five potential crossing locations, and even looked at the potential of a gondola to provide the crossing. 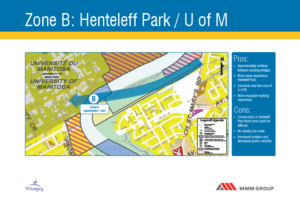 Areas of concern with the Henteleff Park site revolved around the potential for disturbance of the natural setting through increased foot traffic, the creation of a “pipeline effect” through the park site which might detract from its natural setting, and increased parking demand around the park and in the residential area south of Henteleff Park (Van Hull Estates). These are legitimate concerns, but we should be able to mitigate against these effects. What’s needed now is a collaborative approach that can develop designs and policies that address these concerns while providing this much needed link to the University of Manitoba. 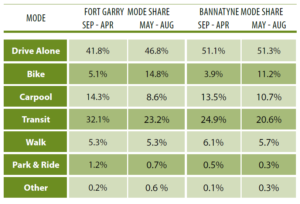 A 2016 Transportation Survey of Students, Faculty, and Staff showed that almost 15% of people commuting to the campus do so on bike during the spring semester (May – August), dropping to a little more than 5% of trips in the fall semester (September – April). So a lot of people are already biking to the campus, but the study also shows that a lot more people would like to bike to the Fort Garry Campus. 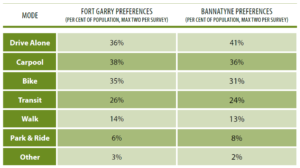 35% of those surveyed identified biking as one of two ideal ways to get to the Fort Garry Campus. Cycling as a commuting mode exhibited the largest difference between actual mode share and interest in the mode under ideal circumstances, with 35% of Fort Garry respondents expressing interest in cycling to campus.

When considering only those respondents who said they drove alone to the Fort Garry campus between 20% and 100% of the time, 41% of surveyed students identified biking as one of their two most preferred ways to get to the campus under ideal circumstances. For faculty, U of M staff, and non U of M staff, only continuing to drive alone was chosen more often than biking as one of their two preferred ways to get to campus under ideal circumstances. 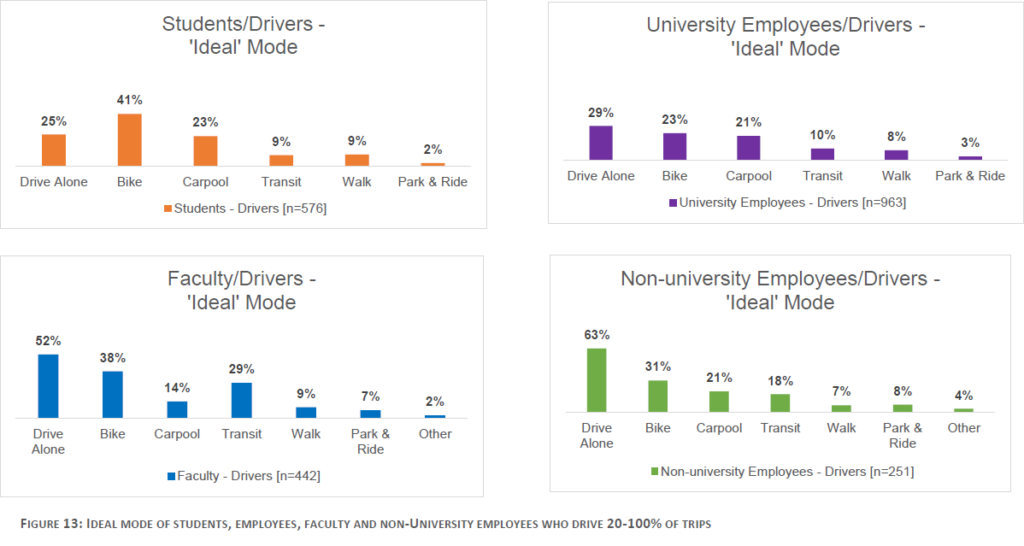 55% of respondents identified improved cycling infrastructure as an important or very important influence on the mode of transport chosen to reach the Fort Garry Campus (Table 10, pg. 26). Clearly, there is a substantial latent demand to bike to campus among people commuting to the Fort Garry Campus that can be tapped into if we provide the infrastructure needed to make their ride safe, comfortable, and convenient.

A Walk/Bike Bridge between South St. Vital and the U of M’s Fort Garry Campus through Henteleff Park would provide access to the campus from an area of town with a growing student population that is currently not well served by the city’s cycling network. 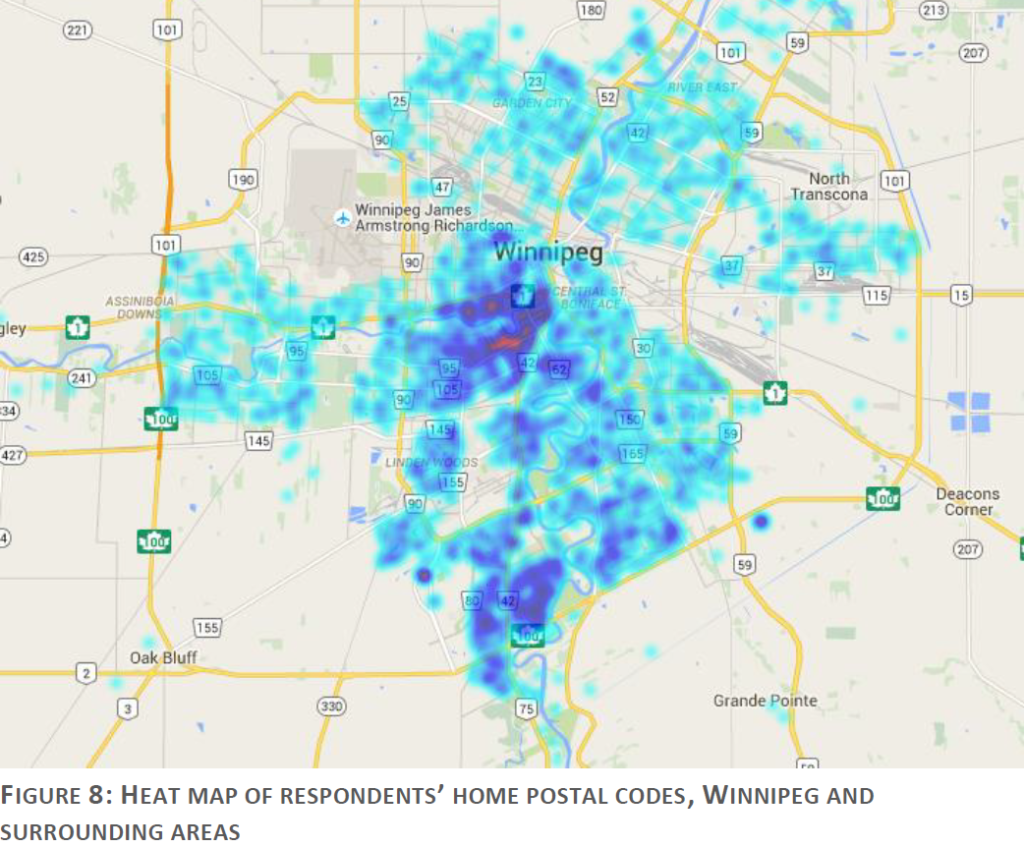 2016 survey results show a substantial number of students, faculty, and staff commute to the U of M’s Fort Garry campus from South St. Vital and would benefit from the construction of a walk/bike bridge connecting the campus to South St. Vital through Henteleff Park