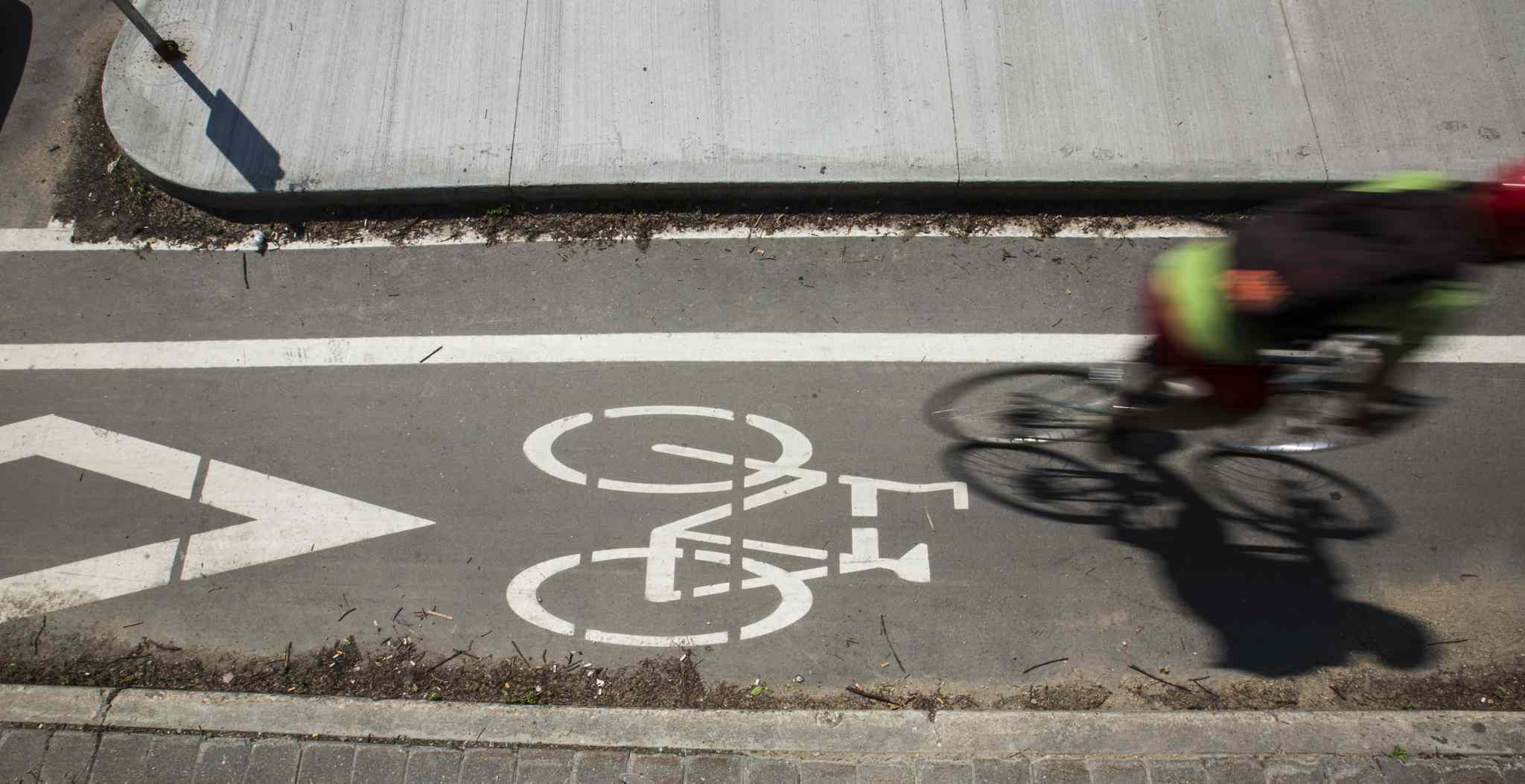 We are happy to release the 2015 Winnipeg Bicycle Counts Report, which provides a summary of the 86 counts conducted at 25 sites across Winnipeg in the spring of 2015.

There is strong evidence that even the limited construction of new cycling infrastructure that has occurred since 2009 has had a positive impact on the numbers of cyclists in Winnipeg. This year’s bike counts and analysis suggest that there has been substantial growth in cycling but that this growth has stalled. 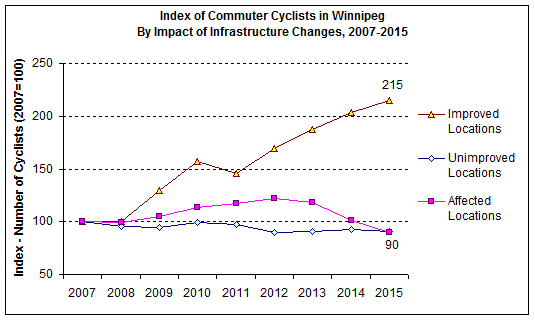 At locations where bike lanes or paths have been completed in recent years the number of cyclists increased dramatically. Since 2007 bicycle counts at these locations have increased by 115%. On the other hand there was no change in bicycle counts at locations without such improvements. At four locations new bicycle infrastructure appears to have diverted cyclists away from unimproved facilities.

After controlling for location, weather, time of day and spring timing, it is estimated that commuter cycling has increased by about 20% since 2007 at our counting locations. The largest increase has been during the 2009-2012 period following the funding of many new bicycle facilities by the federal infrastructure stimulus program. Growth in commuter cycling appears to have leveled off over the past two years. 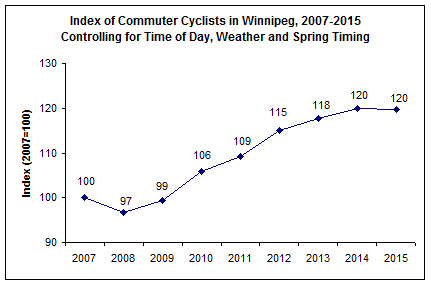 Growth in Biking will Stall without Continued Investment in Infrastructure

In 2015 the City adopted a new pedestrian and cycling strategy with more ambitious goals. If this results in a more substantial investment in cycling infrastructure we can expect to see increased cycling levels in the future.

Thanks to the many volunteers who conducted counts for us in 2015. Special thanks go out to Bike Winnipeg director Jeremy Hull, who manages the bike count volunteers and creates the annual bicycle counts report for us every year.

This is an important tool that allows Bike Winnipeg to provide solid counts of people biking on various streets and pathways across the city, producing strong evidence that expenditures on better cycling infrastructure lead to increased use by people on bikes.

You can read the full report here.