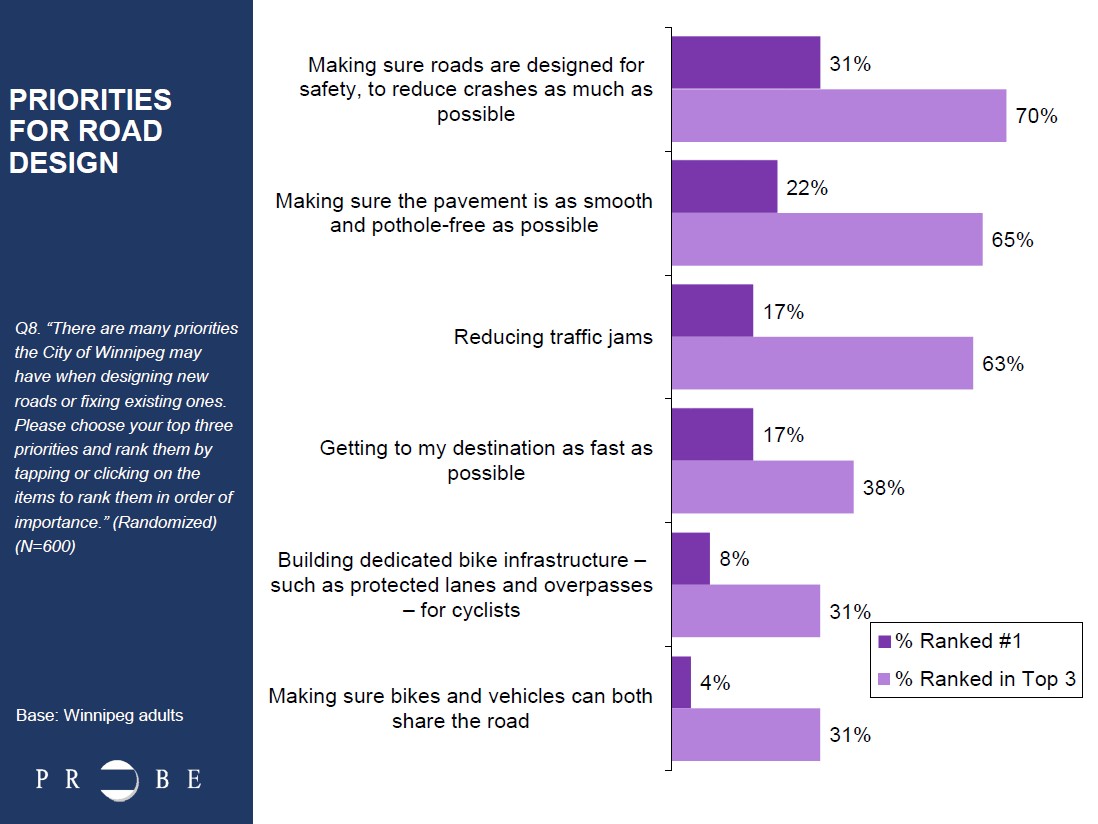 Final part in three-part series recommends ways to move Winnipeg forward as a world-class, winter city with accessible, safe roads and bike paths for all

WINNIPEG, August 29, 2018 – Today, CAA Manitoba and Bike Winnipeg release their list of recommendations to improve the community ahead of the civic election. The recommendations focus mainly on road maintenance, safety, usability and design, grew out of the top concerns identified by Winnipeggers in the cycling and driving poll conducted by Probe Research in June. 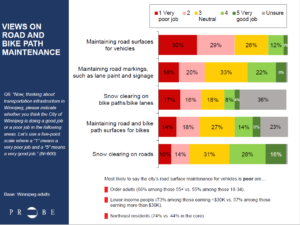 “If we want to be a world-class city, we can start by making small changes through maintenance like reinstating the fall street sweeping program,” said Liz Kulyk, corporate manager of government and community relations at CAA Manitoba. “It’s unacceptable that lane paint is often so faded people have to guess where the lanes are – and this, along with potholes and cracks, creates serious safety hazards for drivers and cyclists.”

Citizens also identified the need to design roads for safety to reduce collisions as much as possible. Mark Cohoe, executive director of Bike Winnipeg, notes that when it comes to safety, road design and maintenance are critically linked – if you have one without the other, the safety impact is not very effective overall. Protected bike lanes are an example of a cycling facility that has been shown to increase safety for all road users, and one which emerged as a high priority for Winnipeggers in the poll. 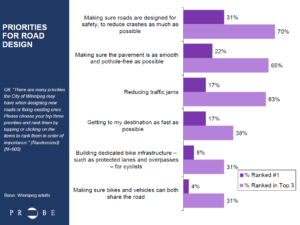 Respondents identified the need to design roads for safety to reduce collisions as much as their top priority for roadway design.

“As a proud winter city, snow is always going to be a reality in Winnipeg. Many cities have found ways to provide timely and effective snow clearing along their cycling networks, and Winnipeg needs to ensure that it too provides citizens with an effective, connected cycling network that is cleared on a timely basis.” Cohoe says. “That needs to include faster removal of snowbanks, which reduce visibility and create safety issues for all road users.”

Recommendations around maintenance and safety from both groups to the City of Winnipeg are:

Both agree that the city should better leverage community stakeholders, like CAA Manitoba and Bike Winnipeg, to help get their message out about plans to build or how to use new infrastructure.

The recommendations have been shared with the mayor’s office and the City of Winnipeg public administration. To view the full recommendations list, please visit caamanitoba.com/newsroom.

About CAA Manitoba:
Since its inception in 1903, CAA Manitoba has been a non-profit, member-driven organization that advocates for road safety and the Canadian traveler, however they choose to commute.