The City of Winnipeg’s Pedestrian & Cycling Strategies calls for a dense, connected bicycle network to be developed over the next 20 years that will provide direct routes to key destinations. Included in the strategies is a recommendation to develop a new pedestrian & bicycle crossing of the Red River connecting connecting Scotia Street (near Rupertsland) to Kildonan Drive (Bronx Pl.). 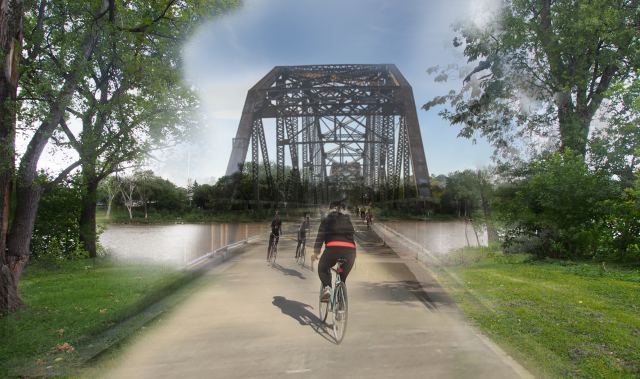 Based on estimates developed for the U of M St. Vital Pedestrian &amp; Bicycle Bridge back in October of 2013, we estimate that the cost of construction for a Pedestrian & Bicycle Bridge linking Scotia St to Kildonan Dr would be about $15 million.